We hear a lot of people ask basic questions about Bitcoin and blockchain technology, so we’ve compiled a list of answers. Understanding cryptocurrencies is a steep learning curve.

They introduce a wide range of terms and require the ability to separate truth from opinion.

Whether or not Bitcoin has intrinsic value will depend on people across the entire world. Although there are several major players, like mining pools in China that have a huge impact on Bitcoin, cryptocurrency is not owned or operated by any company, state or country.

What is Bitcoin, and Why it’s so good?

Bitcoin is a type of cryptocurrency. It’s also an asset and a payment platform with a digital ledger that spans the world, combining global transactions onto a single system. It introduced the blockchain. It allows people without bank accounts to make transactions. In countries with hyperinflation, Bitcoin has become a viable payment method. Bitcoin can also move fluidly across borders without intermediaries. Unlike fiat currency that needs to get converted from USD to euros to yen, Bitcoin is just Bitcoin. Someone in Kansas City can send Bitcoin to someone in Phuket, like someone in London can email someone in Buenos Aires. If paper money is a CD, Bitcoin is an MP3. Bitcoin is also good at moving huge lump sums for big expensive assets, which is why wealthy investors use it to buy homes, yachts and Lamborghini’s. 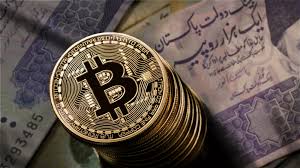 What is the blockchain?

The blockchain is a new technology with far-reaching applications that can annihilate banking services, if not banks altogether, and redesign transactions across a multitude of businesses and industries. It is a digital ledger that records transactions publicly or privately, and sequentially. It can facilitate peer-to-peer transactions, eliminating or reducing the need for middlemen. Through encryption and decentralization, the blockchain creates trust. With Bitcoin’s blockchain, anyone can see all transactions.

How does the blockchain work?

The blockchain and how it works defines how Bitcoin works. It is a digital ledger that stores every single transaction. If I sell a pair of shoes to you for $10, that transaction can be engraved on the digital ledger that is immutable. The ledger is not owned by a bank or any centralized database. It is decentralized, which means it is hosted by a network of computers across the world. Some of the computers belong to large groups and some of the computers belong to individuals. Transactions on the blockchain occur through and are recorded by addresses. Each sender and recipient requires an address.

Is there only one blockchain?

How Bitcoin Is money?

Yes. It can be used to buy and sell goods and services. Because of its limited use as money and because of its slow transaction time and high fees, many “experts” and bankers refrain from calling it money and do not consider it a currency. But that doesn’t mean much. People in Venezuela and Zimbabwe have been using Bitcoin as money since their national currencies have collapsed. People in the US have found limited adoption and are able to use it as money on e-commerce platforms like Overstock. Other companies are experimenting with implementing Bitcoin as money.

Was Bitcoin created by criminals to launder money?

No one knows the identity of Bitcoin’s alleged creator, Satoshi Nakamoto, who has claimed authorship of the original Bitcoin white paper, first published in October 2008. Nevertheless, a popular narrative about its creation is that it was made by criminals for criminal activities. Many believe that Bitcoin was in fact created as a response to the financial crisis of 2007-2008, when big banks were bailed out while people lost their homes through foreclosure. It was a time when average citizens become disenchanted with derivates, bank loans and other traditional investment instruments invented by the banking system that led to high inflation, bubbles and epic bursts.

Why Bitcoin is used by criminals?

Yes. Bitcoin has been used by criminals for criminal activity. Silk Road is the prime example. But long before Bitcoin and Silk Road, there was Enron, Bernie Madoff, Michael Milken and other high profile corporate criminals. Swiss bank accounts and the Canary Islands, among other destinations, have a long history of helping the rich hide their money or aiding criminal masterminds with their nefarious dealings. Before Bitcoin, there were wars, ransoms, kidnappings, drug epidemics, bank robbers and tax evaders. People are people, and they can do awful things. But they are not the technology or the tool itself, which can be beneficial. Phones, for example, are and have been used by criminals to hatch plans.

Some anonymous person or group of people called Satoshi Nakamoto.

A Bitcoin address is a digital string of numbers and letters you need to send and receive Bitcoin. They usually contain 26 characters. Your friend can have a different Bitcoin address. When your friend tells you their Bitcoin address, you can send them Bitcoin.

How can I get a Bitcoin address?

You can get an address by creating one all by yourself on your computer. You can use BitcoinPaperWallet, and several other platforms.

Does Blockchain Effects The Coming Future ?